The Old Lefthander & Me: Stories of Joe Nuxhall [HYBRID EVENT] 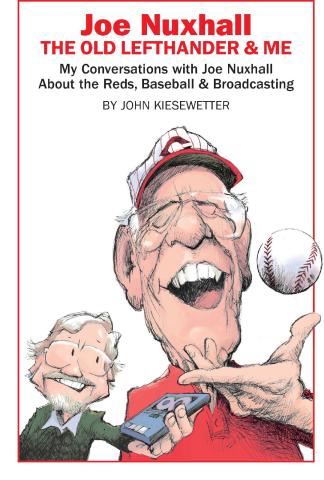 College Students , Adults , 50+
Registration for this event is no longer open.

Join long-time Cincinnati Enquirer TV columnist and 1975 Ohio University graduate John Kiesewetter as he tells his favorite Joe Nuxhall stories from his new book Joe Nuxhall: The Old Lefthander & Me – My Conversations with Joe Nuxhall about the Reds, Baseball and Broadcasting.

Nuxhall, the youngest pitcher in Major League Baseball history at age 15 for the Reds on June 10, 1944, pitched 15 seasons for Reds and twice made the National League All-Star team. He retired to the radio booth in 1967, and broadcast games until his death in 2007. Over a 21-year span, Kiesewetter interviewed Nuxhall many times about his baseball and broadcasting careers; his 31-year partnership with Marty Brennaman; the pranks they played on each other off the air; his all-time favorite Reds players; and even his Kroger TV commercials.

A book signing will follow the event, and copies of the book will be sold on-site; a portion of the proceeds will benefit the Nuxhall Foundation.

This is a hybrid event and will be streamed online. Registration is only required for the virtual component.

John Kiesewettter has covered broadcasting for 35 years for the Cincinnati Enquirer (1985-2014) and Cincinnati Public Radio's WVXU-FM and wvxu.org (since 2015). The Middletown native started his career as a summer intern at the Middletown Journal while attending Ohio University, where he worked on The Post as a reporter, managing editor and editor. After graduating in 1975, he spent 40 years at the Enquirer as a reporter, suburban news editor, features editor and TV columnist. John lives in Fairfield, Ohio, with his wife, Sue, a freelance reporter for the Enquirer. They have three adult sons.