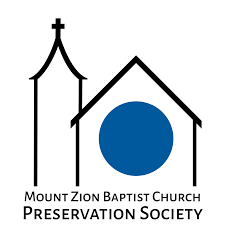 Families
Please note you are looking at an event that has already happened.

On exhibit near the circulation desk through the month of June.

This exhibit displays the work of winning students from Athens High & Middle Schools participating in “The Saving Places Challenge” sponsored by the Mount Zion Baptist Church Preservation Society. Students had been asked to think about a place that was special for them, and to explain why it would be a sad or negative thing if their special place would be destroyed. Submissions were accepted through visual, social media, or written categories.

The creative motivation and theme for this challenge arose from the film Athens: Black Wall Street, screened by students last winter. The half-hour documentary, produced by Mount Zion and Partners Bent Street Films and Hyfocal Media, originally premiered at the Athena Cinema during February’s Black History Month Celebration.  The movie chronicled the contributions of Black American settlers in Athens and the Southeastern Ohio River Valley, as well as the subsequent erasure of the history of these successful citizens, their architecture, thriving businesses, communities, and schools.

Mount Zion's goal is to recover our area's Black history, which has been ignored, forgotten, and erased, and to save the last remaining iconic structure, the Mt. Zion Baptist Church on the corner of Congress & Carpenter Streets in Athens, Ohio.